On the side of the Conference on the Future of Europe (CoFoE), Social Economy Europe has organized a debate on how to contribute to it.

Hybrid format: speakers can participate physically in the European Parliament in Strasbourg or online via interaction. The audience can follow the debate which will be web-streamed. 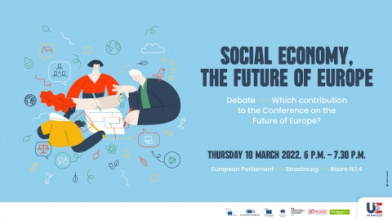 Social economy, the future of Europe