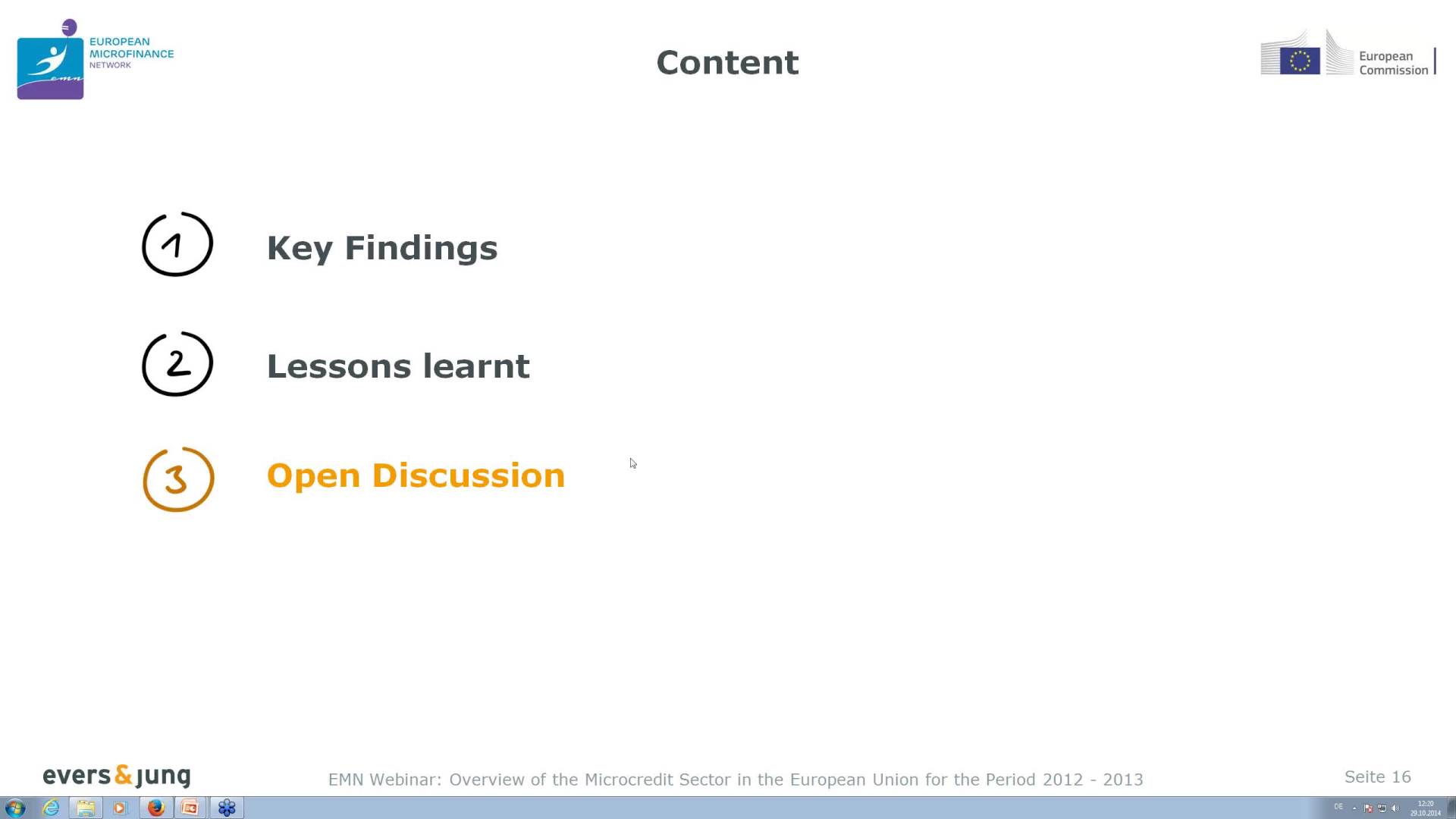 Objective
EMN’s first webinar came along with the publication of the EMN Microcredit Overview Survey Report on 2012-13. Rather than only presenting you the main conclusions, the goal of the webinar was to stimulate a discussion on the path forward of the publication. We opened the discussion by asking for your constructive feedback on the present report and collect ideas from you (“crowdsourcing”) on:

The webinar was presented by:

Register for the webinar

One of the many functions of the European Microfinance Network (EMN) is to organise debates and webinars addressing a wide range of subjects pertinent to microfinance in Europe. These activities are a chance to foster an exchange of ideas among different partners, and contribute to spreading knowledge of microfinance throughout Europe.
Or discover what else we do

Webinar on Microfinance in Europe: Key Results from the EMN-MFC Survey Report 2014-2015

Microfinance in Europe: Key Results from the Survey Report 2016-2017

Webinar on Good Practice in rural microfinance: OBS tablet technology as a tool for improving service to small rural farmers in Serbia