microStart offers microcredit and guidance to entrepreneurs who are unable to receive financing from the traditional banking system. In addition, microStart seeks to break the barriers to economic initiative.

The vision and the mission of microStart are respectively: 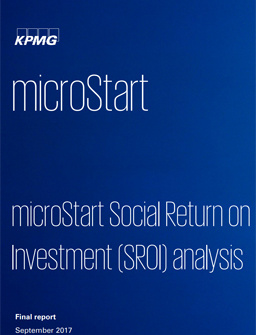 The social return on investment (SROI) of four microfinance projects