One new development in the current edition of the survey is the introduction of “personal microcredit” in the microfinance market, a loan to those excluded from the traditional financial system with the goal of covering basic necessities, such as rent, emergencies, education, and other needs. This fourth sector survey covers the years 2008 and 2009 with data from 170 microfinance actors operating in 21 countries from the European Union (EU) 27, current EU candidate country Croatia and countries belonging to the European Free Trade Area (EFTA).

The survey used the accepted definition of microloans as loans of 25,000 euros or less made to microenterprises or businesses with nine or fewer employees. Nevertheless, some EU lenders have reported loans for higher amounts and have been included in the report to give a better picture on how microcredit is being used by their main providers. These were specific loans and did not represent their overall lending practices. 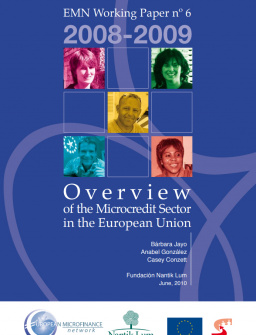 Overview of the Microcredit Sector in the European Union 2010-2011