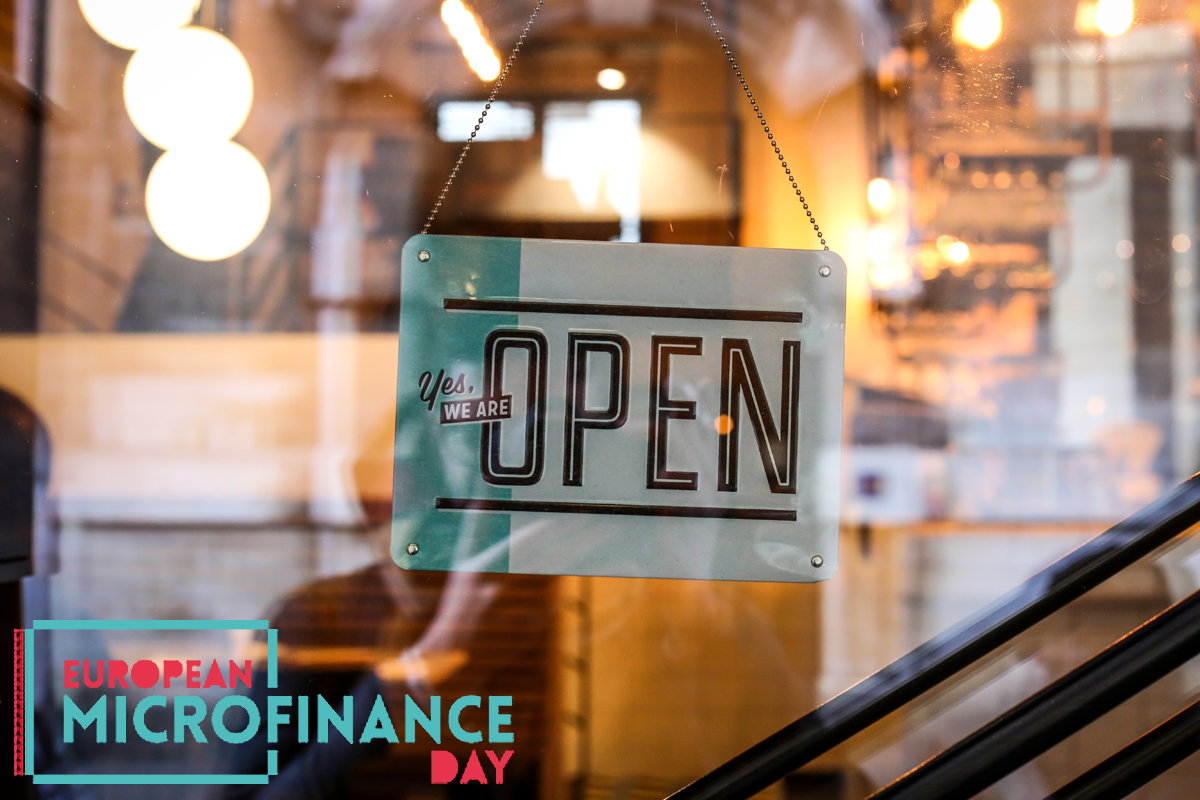 Brussels/Warsaw, 20th October – Today, the European microfinance sector celebrates the 4th European Microfinance Day, an initiative co-organised by the European Microfinance Network (EMN) and the Microfinance Centre (MFC). About 20 members from both networks and from 11 European countries[1] are involved in more than 25 local actions over the month of October, including round tables, open meetings, high-level events, special discounts on loans, national conventions, seminars and strong communication campaigns. All these activities are carried out to raise awareness among the general public, policy makers and the media about the impact that MFIs have on the financial and social inclusion of European citizens.

To stress the message, the 4th European Microfinance Day has been launched with the slogan E=mc2. In our context, the very well-known formula created by Albert Einstein has a different meaning: E for Entrepreneurship, Empowerment, Employment, which all come as a result of the power of MicroCredit squared.

In other words, as several impact studies from MFIs[2] have demonstrated, access to microcredit, a financial service, for those who are excluded from traditional banking, combined with non-financial services, such as mentoring, counselling, BDS, training have an exponential effect on the beneficiaries’ situation and the society.

According to the joint EMN-MFC publication “Microfinance in Europe: Survey Report 2016-2017”[3], 68% of MFIs offer non-financial services to complement their financial products. In 2017, 443,825 clients were reached through non-financial support, more than half of whom were not actually active borrowers.

In terms of social performance, the majority of MFIs support financial inclusion (60%) as a primary mission, followed by job creation (14%) and growth of existing businesses (10%). Women are the most targeted client group by the respondents followed by rural populations, the unemployed/welfare recipients and young people.

The survey aims to provide a reliable picture of the different microfinance activities of various organisations in the sector and to compare a diverse range of social and financial performance indicators of European MFIs.

In this sense, the previous EMN-MFC surveys show that microfinance has developed strongly within the EU in recent years in response to growing demand.

Innovative funding sources for the future development of the sector

This also explains why, in this edition of the European Microfinance Day, both networks want to highlight that the support of innovative funding sources is fundamental for the further positive development of the sector and for creating new opportunities for entrepreneurship and employment: thus, for empowerment.

“The European microfinance sector has developed into an important channel for entrepreneurs and individuals to be financially independent and socially included. This has resulted in more jobs and lower welfare benefits and that is good news for the individual, the government and the local economy. That is why microfinance organisations deserve strong support from local and European governments!”, says Elwin Groenevelt, EMN President.

Cristian Jurma, Director of the MFC Board, adds that “microfinance in Europe is gradually being consolidated as an essential tool of social policy for the promotion of self-employment, microenterprise support and the fight against social and financial exclusion. Going beyond the figures, there are in fact men and women who are willing to take control of their futures with the help of microfinance institutions”.

[3] The eighth edition of the Report on microfinance in Europe provides an overview for the period 2016-2017, based on data collected by EMN and MFC from of 156 MFIs across 28 European countries. Available on the EMN and MFC websites as of December 2018.