Together with Adie (Association pour le Droit à l’Initiative Économique) and the European Microfinance Network (EMN), Paris EUROPLACE has published a whitepaper on microfinance. Subtitled "Unlocking the potential of microcredit for a more inclusive and dynamic Europe”, this paper summarises the current situation and the potential developments for microfinance, and initiates the reflexion on how to untap its potential at the European level.

This whitepaper aims at raising awareness on:

Paris EUROPLACE is also publishing a French-language version of this whitepaper enriched with a focus on the French microfinance context. 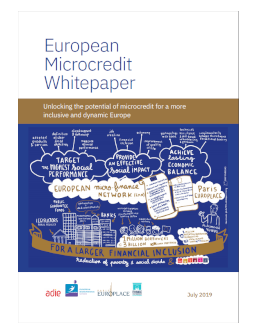