The European Investment Bank has recently announced its support for the refugee crisis as part of a concerted European response and in close partnership with the Member States and the European Commission.

In order to offer a better understanding of the crisis, EMN & the Microfinance Centre (MFC) – the two networks in Europe representing the microfinance sector – would like to provide a summary of the microfinance situation in several European countries.

Further, EMN & MFC would like to propose some potential lines of action in order to increase the capacity of the microfinance sector in Europe to help the refugee populations get on their feet. 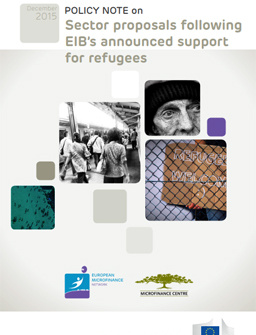